What Are the Languages Spoken in Costa Rica?

What Are the Languages Spoken in Costa Rica?

Although Spanish, or Castellano, is the official language of Costa Rica, you can find other living languages spoken here on a daily basis. Before Spanish conquerors arrived in the early 16th century, a great variety of different languages were spoken by the indigenous population.

Indigenous communities in the Northern province of Guanacaste spoke languages derived from the Nahuatl language family and were strongly influenced by Aztec culture. The Southern inhabitants used languages from the Chibcha language family, and are thought to have developed these languages after they migrated to Central America from the areas that are now Colombia and Venezuela. There are five different pre-Columbian languages that have survived to the modern day. 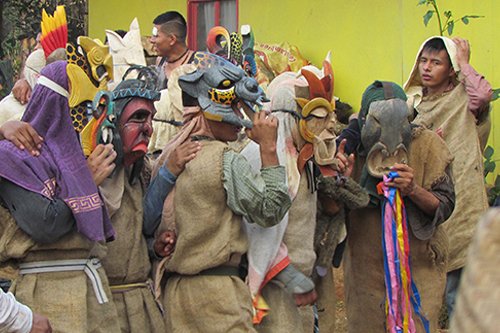 Although the Government recognizes and supports the conservation of indigenous languages, the number of native speakers is declining quickly. Two languages, Térraba and Boruca, are considered extinct or almost extinct, with only a handful of elderly fully fluent speakers remaining. 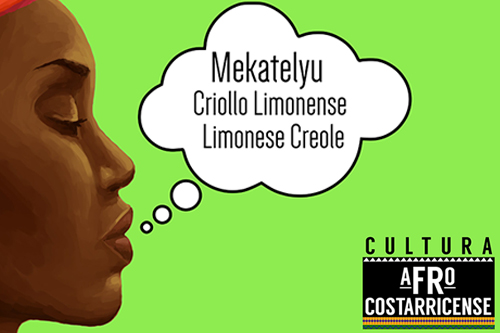 The Caribbean coastal province of Limon is home to yet another distinct dialect, Costa Rican creole, known in Spanish as Criollo Limonense, Patuá or Mekatelyu (make I tell you).

It is spoken by the descendants of Jamaican migrants to Costa Rica, who arrived to work on banana plantations and to construct the railroad system.

Like other creole and patois languages, this developed when Africans originating from different countries were brought together in the Caribbean and had to devise a way of communicating with each other.

It is heavily influenced by English and can be heard spoken by up to 100,000 people in Costa Rica. 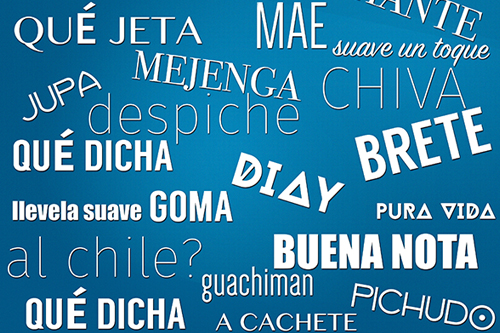 A discussion of languages in Costa Rica could not be complete without mentioning Pachuco, or Costa Rican slang. Spanish students should be warned, although Costa Ricans speak a relatively easy to understand version of Spanish, with no heavy accent, the speech you hear on the street will likely be peppered with Pachuquismos, or slang words particular to this country. The two most common expressions you will hear are ‘mae’ which means ‘dude’ or ‘mate’ (depending on where you are from) and ‘pura vida’, which literally translates to ‘pure life’, but is used as a general positive expression, as well as a greeting, a question, an answer, and a perfect stall for time when you’re not quite sure what to say.

Some of modern Costa Rican slang can be traced back to a peculiar code invented by General Malespín, a 19th-century political leader from El Salvador. The code consists of swapping the letters b and t, a and e, i and o, f and g, p and m, turning the word ‘buenos’ into ‘tuanis’ and the word ‘trabajo’ into ‘breteji’ or ‘brete’ as it is usually pronounced. Listen out for everyday slang while you are in Costa Rica and let us know if you manage to pick up any interesting ‘Pachuquismos’.

If you are interested in learning Spanish or visiting the Boruca community to hear the last living speakers of a dying language, contact Manuel Antonio Spanish School.